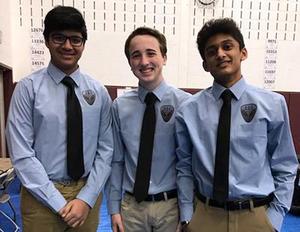 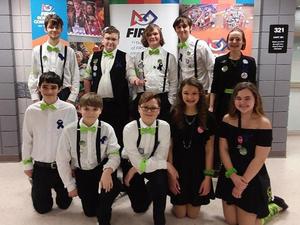 The “Giant Diencephalic BrainSTEM Robotics Team” members of which included junior Adrian Zugehar, was named an Allegheny Winning Alliance captain, a Championship Finalist Alliance captain, received the Inspire Award, and qualified to compete at the FTC World Championships to be held April 24-27 at the Cobo Center (Detroit, Mich.).

The theme of this year’s competition was “Rover Ruckus” and asked to design and build a robot to accomplish simulated space rescue missions. Team had to descend from the lander; collect minerals from a crater; sort minerals into a cargo hold; perform autonomous tasks; and navigate a playing field.

The FTC program, open to students in Grades 7-12, challenges students to design, build and program robots to compete in a team challenges.